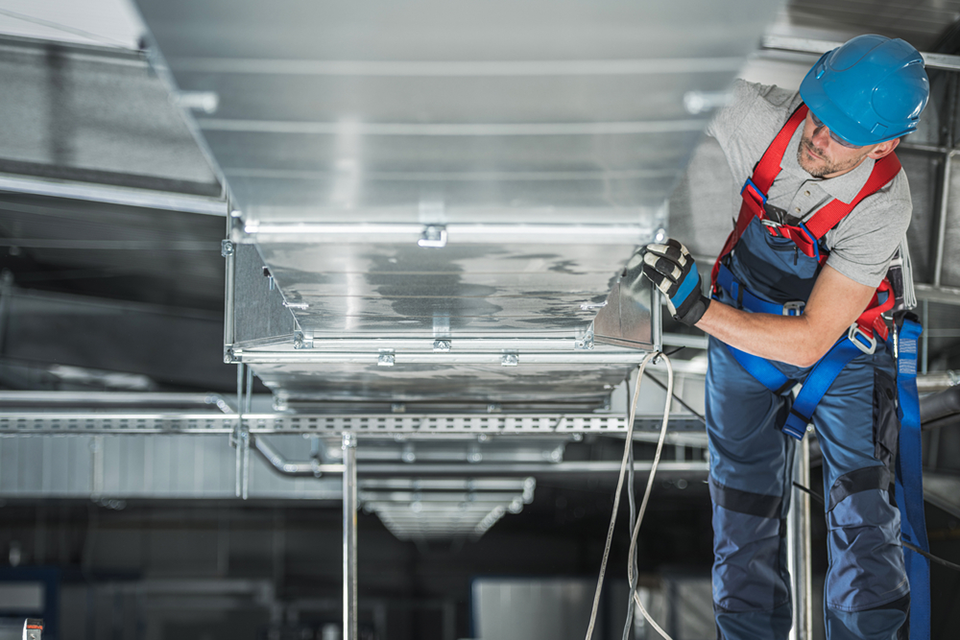 How recommissioning optimizes your building for energy efficiency and comfort with low- to no-cost operational changes.

Even buildings constructed to stand the test of time need to be maintained and upgraded. Buildings are complex and as facilities age and occupant needs change, you’ll likely need to optimize yours to be more energy efficient. That’s where existing building commissioning, or recommissioning, comes into play.

What is building recommissioning and what are the benefits?

For new buildings, the commissioning process is a professional practice that ensures a building is delivering on the original design intent and occupant needs. In other words, commissioning is essentially a quality assurance procedure for new construction.

For existing buildings that have been operational for several years, the recommissioning process finds opportunities to optimize operations and improve energy efficiency based on current facility requirements. The goal is not to bring a building back to its original design intent, but rather to optimize it to meet current needs with low-cost or no-cost improvements (more on this below).

Learn more about incentives for Advanced Building Recommissioning training from Save on Energy.

The recommissioning process can lead to energy savings of 5 to 15 per cent, according to Natural Resources Canada. Along with saving energy, recommissioning projects also help improve comfort and indoor environmental quality (including air quality, noise and temperature). In turn, these improvements can lead to greater productivity and more satisfied occupants.

When should recommissioning happen?

Property owners and managers should undertake building recommissioning projects any time the use of a building is changing, or where no original commissioning work was done on a now ageing building (in this case, the process is often known as retro commissioning).

For example, occupancy needs and building uses are evolving because of COVID-19, especially ventilation requirements. As ventilation best practices and occupancy needs change, recommissioning can help ensure the building’s systems are still optimal and identify opportunities for improvements.

Owners with several buildings in their portfolio could start with benchmarking to determine which buildings are the most energy intensive. Buildings that have frequent occupant complaints about noise or comfort (such as temperature) are often candidates for recommissioning.

Other candidates for recommissioning may be buildings with unexplained increases in energy consumption or frequent breakdown of equipment, such as pumps that need rebuilds, air flow dampers and linkages in air handlers, or leaking valves in heating or cooling water loops. If equipment is particularly dated and ready to be replaced entirely, an energy audit may be a better fit. In some cases, it may be the first step in the recommissioning process.

Natural Resources Canada offers a pre-screening tool to help owners and managers assess whether their building needs a recommissioning project.

Recommissioning and energy audits both assess how a building is using energy and where there may be opportunities to increase energy efficiency. However, recommissioning projects focus on operational savings and whole building performance with low- to no cost, while energy audits usually lead to capital projects, such as upgrades or retrofits of major equipment.

Operational changes that are part of a recommissioning project may include reducing equipment runtime, eliminating simultaneous heating and cooling, eliminating unnecessary lighting hours, optimizing ventilation rates and adding controls to pumps and fans.

There may be some overlap between recommended measures from an energy audit and those from recommissioning initiative. Variable frequency drives, for example, are an upgrade that may be part of some post-energy audit projects. As a relatively low-cost improvement, they are often also part of recommissioning projects.

Recommissioning itself is a systematic but flexible approach that includes four key steps:

Recommissioning has a median cost of about 30 cents per square foot. The process aims to improve the whole building performance, not just its energy performance, by making low- and no-cost operational changes.

Energy audits, by contrast, provide short-term snapshots of a building’s energy performance. Detailed energy audits commonly range from about 10 to 20 cents per square foot, depending on the size and complexity of the building.

While the initial site visit for an energy audit could cost less than recommissioning, an energy audit typically identifies necessary capital upgrades, which are more expensive than the low- and no-cost operational changes made during recommissioning. The upfront audit cost is usually a fraction of the cost of the energy-saving measures made as a result of an audit.

The payback period for recommissioning is typically two to three years, according to Natural Resources Canada. Payback periods for energy audits depend on the energy-efficiency measures implemented after the audits, such as retrofit projects.

Who should provide recommissioning?

The recommissioning process initially requires a qualified professional. Over time, many companies learn from the professionals undertaking the recommissioning and evolve to have a hybrid approach (using both internal and external resources) for ongoing maintenance and management of their operations.

You can select a building recommissioning expert through a request for proposal (RFP) or request for qualifications (RFQ) process. Finding members of the Building Commissioning Association may also be a good place to start your search. Local distribution companies also often have business partner programs, working alongside contractors and consultants who may be able to provide recommissioning services.

It’s important to find someone who has had appropriate training and who will spend time in person at your facility. The individual must also work well directly with your team, as collaboration is a big part of a successful recommissioning process.

Facility managers and energy managers can also participate in training programs to learn about advanced building recommissioning. Save on Energy incentives for training can help.

Buildings may be complex. but with the right approach, optimizing for energy efficiency and comfort can go a long way towards your bottom line – and keeping occupants satisfied.