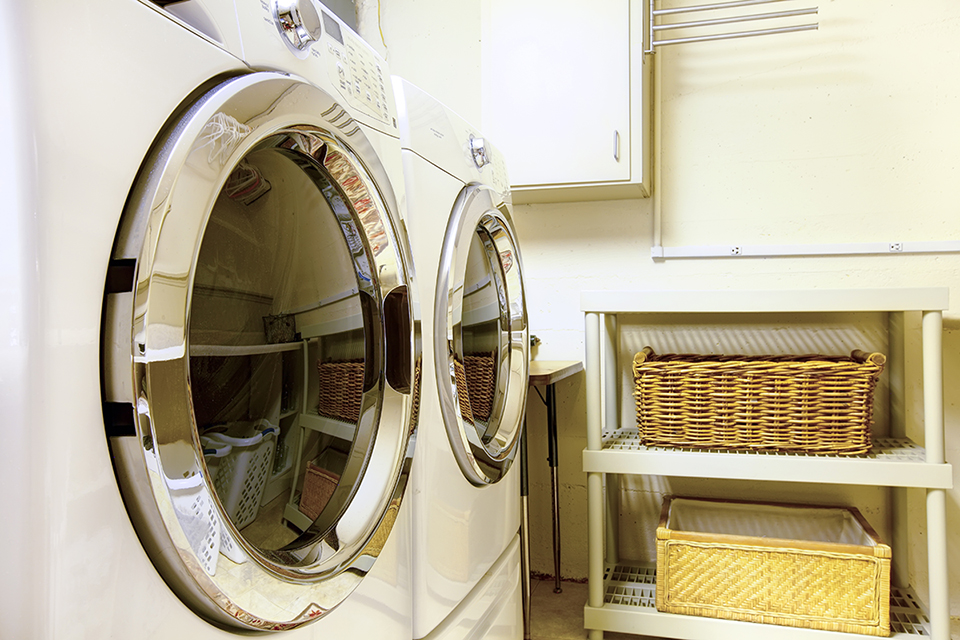 Find an energy-efficient washer and dryer that suits your needs.

Before you start your shopping journey, consider the amount of space you’ll have in your home for your appliances. Don’t forget to measure the doorways and turns your appliances will be taken through to get to where they’ll sit. Plan for a six-inch gap behind both appliances for proper plumbing and ventilation, and one inch between the machines. Then, take height, depth and width measurements of the washer and dryer you’re eyeing. Be sure to measure twice so you only have to buy once.

The size of your family will also determine the size of your washer and dryer. A small (or compact) washer (2-3 cubic feet) can hold eight pounds of clothes, while a larger washer (more than four cubic feet) can hold over 15 pounds. The general rule of thumb for buying a dryer is that it should be approximately double the size of the washer since clothes need more space to be dried. A larger dryer also decreases drying time.

Don’t forget about line drying, a simple and effective way to save energy! This is a great option if you have a backyard or balcony for a clothesline. Another option is to use a clothing rack indoors, which will not only save you energy but will also, by adding some moisture back into the air, make your home less dry.

There are generally three types of washers: top-loaders with agitators (vertical spindles in the centre of the wash drum), high-efficiency top-loaders and front-loaders.

Top-load washers with vertical drums and centre agitators are the most traditional and commonly purchased since they are usually the least expensive and have shorter cycle times. However, they use more water, handle less clothing per load (since the agitator takes up space) and are harsher on fabrics. They also tend to be louder than other models.

On the other hand, high-efficiency (HE) top-loaders, which don’t have agitators, use less water and are more energy efficient. These models spin faster than their conventional counterparts, meaning more water is pulled from clothes, which ultimately shortens drying times. However, because they use less water, wash times are longer and laundry can tangle as a result.

Front-load washing machines are all HE and use a tumble method instead of an agitator, therefore do not rely on clothes rubbing each other to get clean. Instead, a front-loader lifts clothes up as the drum turns, then drops them into the water, calibrated to the size of the load you’re washing. Drying time is often shorter since the washer removes more water, but wash cycles are longer.


Detergent matters: Use high-efficiency detergent if you have an HE washer. Formulated to work in low-water levels, it’s low sudsing and quick dispersing.

Dryers only come in the front-load configuration and operate the same way as front-load washers, with a drum that tumbles clothes through heated air to remove moisture.

However, just like with stovetops, you can choose between gas and electric options. Both types perform similarly, but gas dryers are cheaper to operate since natural gas is usually less expensive (saving you money over time) and tend to run hotter so clothes dry faster, resulting in energy savings. You may have to invest in upfront costs though as a gas dryer will require a gas line hookup.

If you have limited square footage, consider stackable washers and dryers. Most front-loaders have displays that are front-mounted and come with stacking kits to help you take advantage of vertical space.

Always stack the dryer on top, because it’s lighter. Washing machines are too heavy, especially when filled with water, and vibrate more, increasing the risk of accidents.

Tip: Use a stacking kit to ensure your appliances sit safely as one unit. While the main purpose of a stacking kit is to distribute the weight of the dryer on the washer, some also have additional features like slide-out shelves.

Features that save loads of energy

Finding a washer that has automatic temperature control is important, as it adjusts hot and cold water to the optimal temperature, rather than just mixing them in preset proportions. This allows the unit to use less hot water. Washing your clothes in warm or cold water is just as effective and results in savings on your monthly electricity bill. Washers with stainless steel tubs are the most durable and can withstand higher spin speeds than plastic, thereby extracting more water.

Today’s dryers are all about saving energy and preserving fabrics. By relying on moisture sensors, which detect how wet your clothes are, dryers can adjust drying time and power off accordingly to ensure your clothes aren’t overdried.

Compared to a standard model, an ENERGY STAR® certified washing machine uses approximately 25 per cent less energy and 33 per cent less water, while a dryer that has earned an ENERGY STAR® certification uses roughly 20 per cent less energy, on average. Your appliance settings may play a role in consumption levels too. Look for the annual energy consumption of the model in kilowatt-hours (kWh) on the EnerGuide label — the lower number, the more efficient the appliance.

Also consider the Integrated Modified Energy Factor (IMEF) for washers and Combined Energy Factor (CEF) for dryers. These energy performance metrics look at energy used during active, standby and off modes, where a higher value is better.

Now you can tackle your laundry pile with ease, while saving energy and money too! 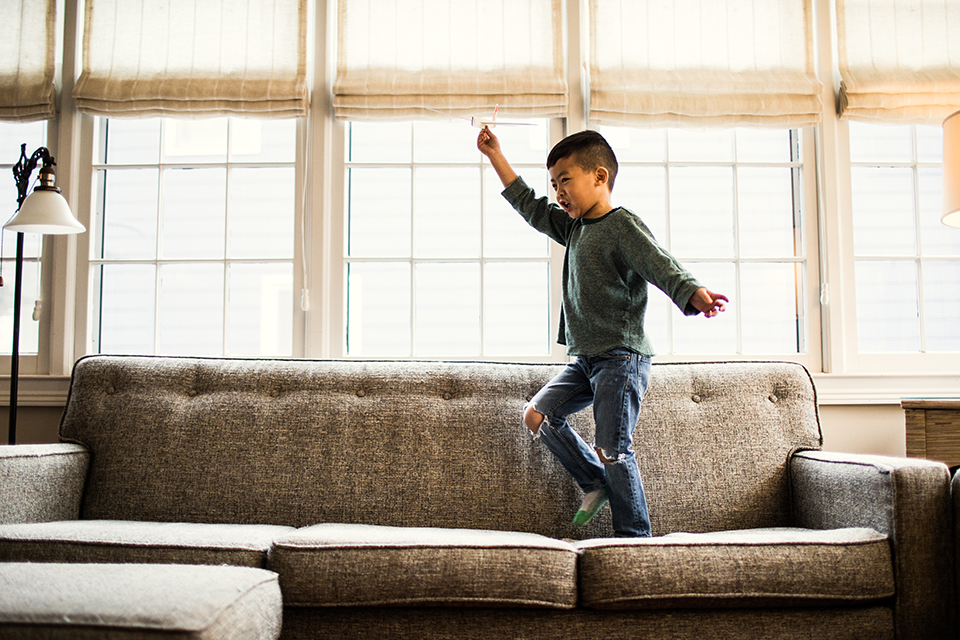 A good window will keep energy costs down while improving the appearance of your home.  But with so many models on the market, how do you choose the right window? Here are some tips to help you decide. 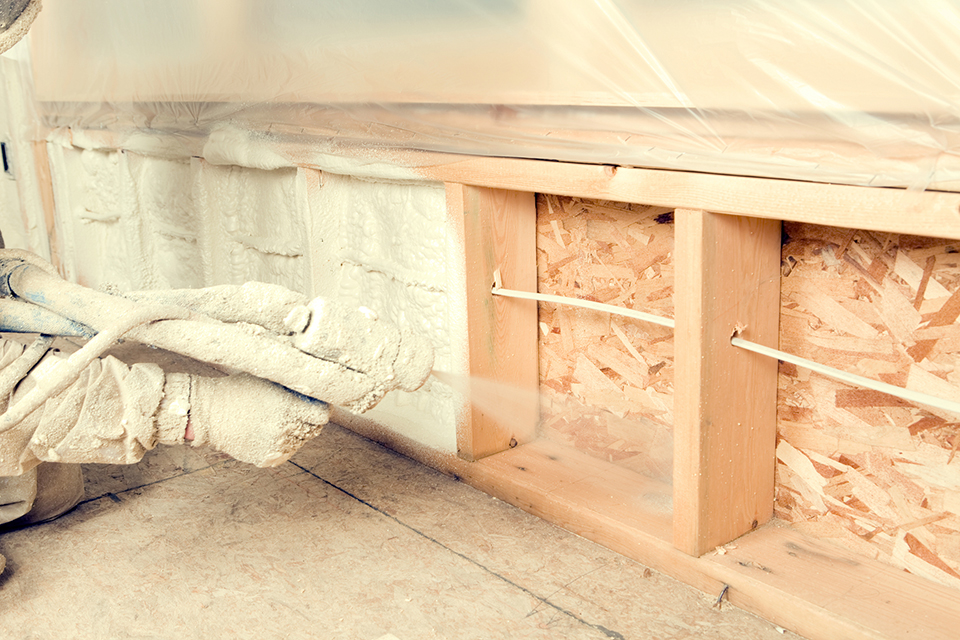 Buying Guide: Getting started with insulation

While you may never see your insulation, picking the right materials and rating levels can make a huge difference to the comfort of your home. Learn how to select the right insulation. 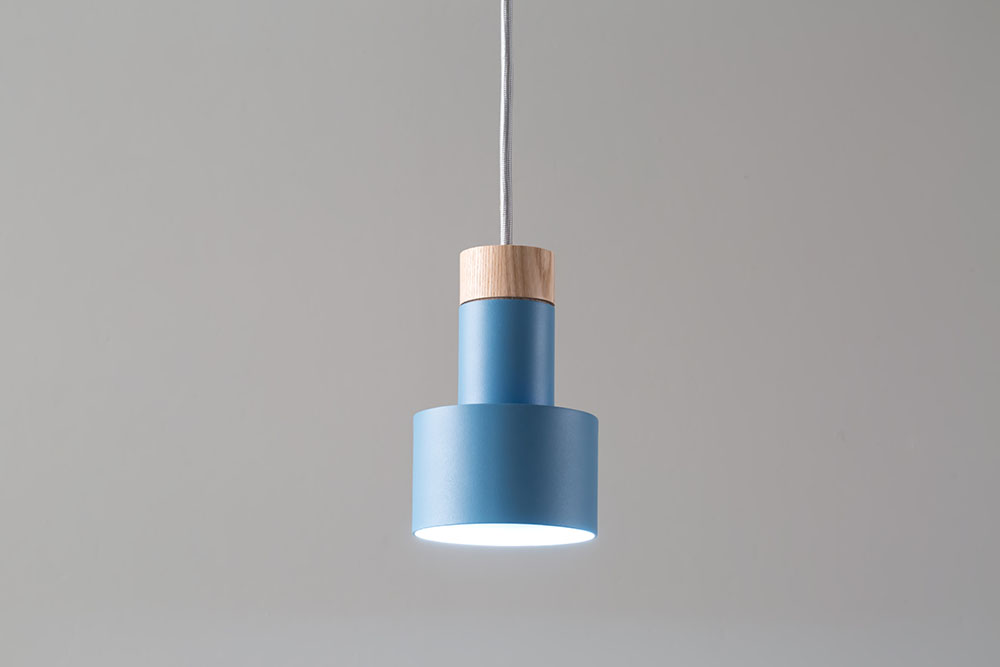 You might not realize it when you flick a switch, the right lighting can significantly improve your home atmosphere. Learn how to make the most efficient and attractive lighting choices.