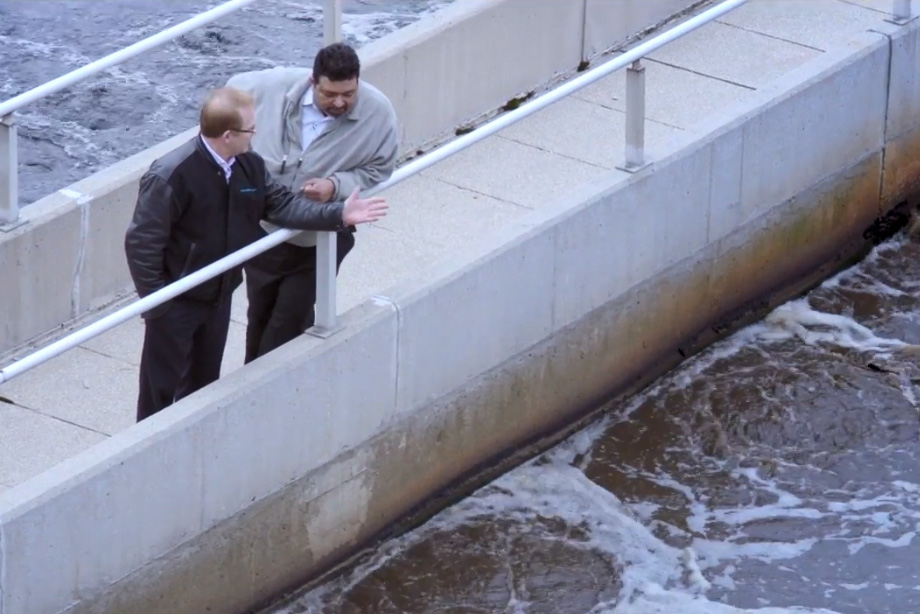 Achieving greater energy efficiency is easier when you have your whole team on board.

The City of Greater Sudbury has an eye towards a more energy-efficient future for its communities.

The city covers a vast 3,627 square kilometres and across that area, it manages critical infrastructure, including 640 buildings, from long-term care facilities to arenas. It takes a lot to keep it all running – and running efficiently.

So, in 2012, the city hired its first-ever energy manager to monitor energy consumption and help find ways to reduce energy use across its operations. Sajeev Shivshankaran, an energy and facilities engineer, monitors energy consumption at various city buildings and makes recommendations for retrofits.

Over the past five years, the City of Greater Sudbury, with the help of Greater Sudbury Hydro, has saved more than $1.3 million on energy by improving the city's facilities. "We need to make a change today to give a better future [to] our next generation," Shivshankaran says.

Getting the whole team involved

"With all projects geared toward energy efficiency, it starts with getting the whole team involved," he says. "Sometimes change can be difficult, but I've found that bringing people together, empowering people – that's the key here."

"I cannot know everything in any plant or any facility," he adds. For him, it's crucial to speak to everyone to understand how they view their facility's operations, their work and potential improvements. Sometimes it requires detective work to figure out why a building is losing energy. That, and navigating change, are much easier when you have buy-in from the entire team.

Sudbury Wastewater Treatment Plant, which treats the lion's share of the city's wastewater, is among the locations to benefit from Greater Sudbury's commitment to conserving energy and running its facilities more efficiently.

Treating the wastewater for the city’s 90,000 residents is an energy-intensive job, with the plant's annual energy bill totalling around $1 million. Finding efficiency began with an energy optimization study of the plant. Shivshankaran arrived, started talking to every level of staff and brought them together to talk about solutions to curb the plants energy use.

Upgrades lead to thousands in savings

In the treatment plant's case, 40 per cent of its energy was being used by aeration blowers, which pump air into the wastewater as part of the treatment process. By upgrading just the blowers, the plant is saving $54,000 annually. In addition, because of Save on Energy incentives, the payback period on this major project is under 10 years.

The aeration process, which breaks down organic matter in the water, accounts for about a third of the energy that a plant like this consumes. In Sudbury's case, that accounted for $300,000 to $400,000 in annual costs. By saving roughly 20 to 25 per cent of that amount, the plant can invest more into other operations and maintenance.

An update to the plant's clarifying process for cleaning water is saving an additional 605,680 kWH per year, with electrical savings of $72,000 annually. The payback on that upgrade is about three years. Meanwhile, the treatment plant also took on what’s known as the Sudbury Rock Tunnel and infrastructure upgrades. That project included an upgrade to the gate at the end of the tunnel. Now, it permits the plant to hold water for up to 16 hours without processing it, saving it for off-peak hours, when electricity costs are lower. That's translated into $13,000 in annual electrical savings.

The existing plant also had to move wastewater from the tunnel up 33 metres to the surface and then pump it again using what were known as intermediate pumps. Capital upgrades in the lift station included newer, energy-efficient pumps and a lengthening of the existing discharge pipes, which made the intermediate pumps obsolete. In total, those upgrades have led to average savings of $200,000 in energy costs, also making the plant more reliable in the event of high flows since there are now fewer points of possible failure.

Energy savings for clean water and a bright future

Collectively, these changes have been a game-changer for the plant. "We're not only saving energy in the plant, we're saving literally hundreds of thousands of dollars with all these projects," Shivshankaran says.

For both Mike Jensen, the plant's supervisor, and Brad Johns, facilities engineer, getting everyone involved made all the difference. "There had been energy studies done, but the staff weren't as involved," says Johns. That meant that changes put in place weren't necessarily being operated effectively.

Since the Sudbury Wastewater Treatment Plant completed its energy optimization study and made its upgrades with the help of Greater Sudbury Utilities and Save on Energy, several other plants have followed suit.

And, it's just the beginning.

In fact, Shivshankaran says that projects like the Sudbury Wastewater Treatment Plant's retrofit will act as a model for other municipalities. "Each of their facilities has a great potential to leave a better future for the next generation."

Discover how Save on Energy programs and incentives can benefit your business.